You can now listen to the recording of the première of Intent on Resurrection – Spring or Some Such Thing, performed by the Ensemble Intercontemporain, conducted by Matthias Pintscher, on October 17, at the Cité de la Musique, as part of the Festival d’Automne à Paris.

Also on the programme was Helmut Lachenmann’s Concertini. During the rehearsals, I had the chance to talk to him – we spoke about compositional crises (I told him I think it is quite important to have a crisis, everybody should have at least one, and he replied, ‘It depends what comes afterwards!’). 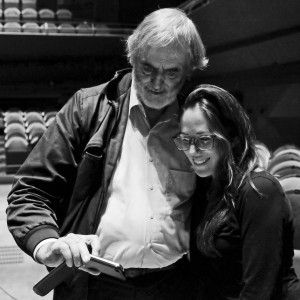